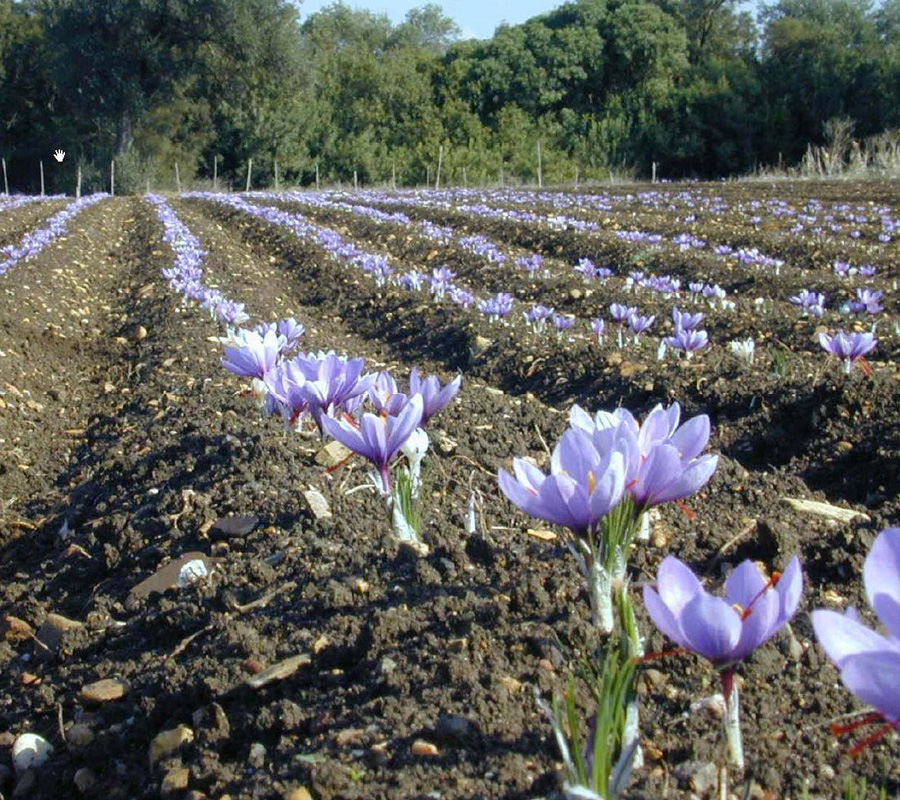 It was in 2013 that started the initial tests of saffron farming, this interest sprung from a stroll through the fields to gather wild vegetables. The wild saffron spontaneously appeared proximity to some olive and carob trees, hence the awareness of the terrain spontaneous characteristics, because of climate and soil type, because of the progression and the growth of these wonderful flowers.

After attending some Italian saffron courses, in the summer of 2014, we purchased and implanted, 200 saffron bulbs in different areas around the company that spontaneously multiplied in the following summer with a small harvest which has, however, allowed us to identify the best areas for planting. In the winter of 2015, the terrain was thus plowed, organic fertilized with

biological stall fertilization from cow farms and subsequently sown with legumes. The planted beans were then grind with their own fruit in order to azotise the terrain and make it naturally more fertile. In the summer of 2016 will be planted 25,000 saffron bulbs to give life to la Timpa “zafferaneto” production. 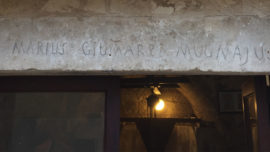 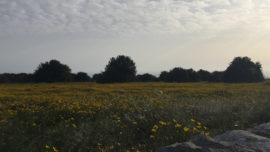 Expansion of the plot of agricultural land