The ancient Water Mill was found in a state of absolute neglect after it had been abandoned more than a century before. It was Ragusa’s first Water Mill to be recovered and restored by a private citizen.

The restoration allowed for the reactivation and implementation of the structure in its original use as a ” Water Mill ” while respecting its prerogatives of craftsmanship and manufacturing. Above all, it allowed the use of the traditional process of grinding wheat, from exclusively organic crops, for the production of wholemeal flour, to be used in the preparation of typical products of Ragusa.

The Mill was also designed as a “Museum of itself” and, with special glass windows and an artistic lighting system, it was decided to allow visitors to see and enjoy the water room, the original precipitation channel, the evocative environmental setting of the rocky spurs, as well as the riverbed. 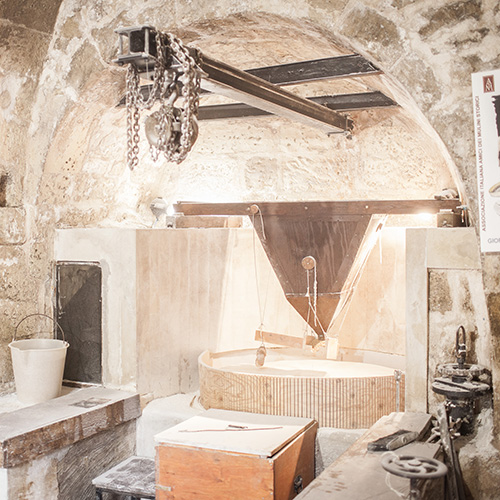 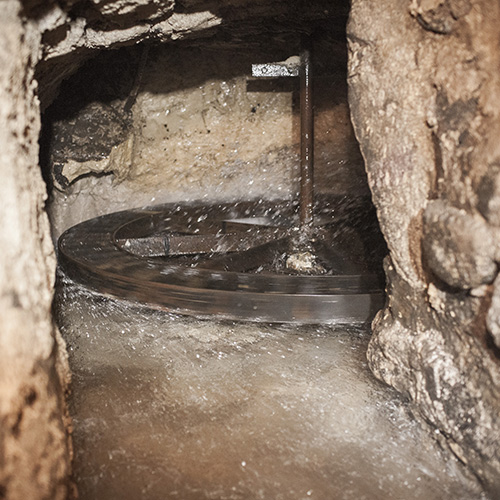 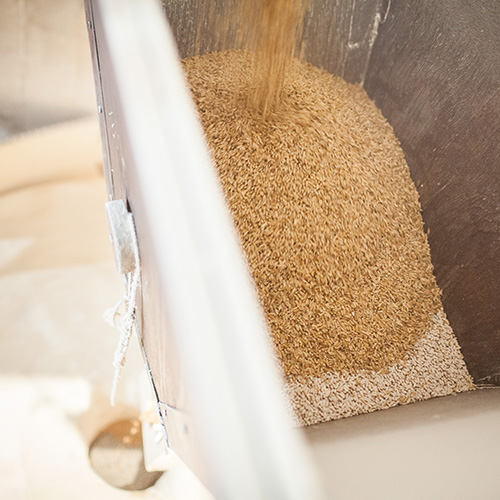 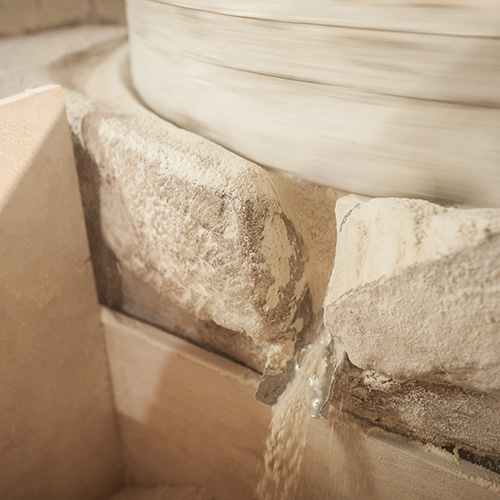 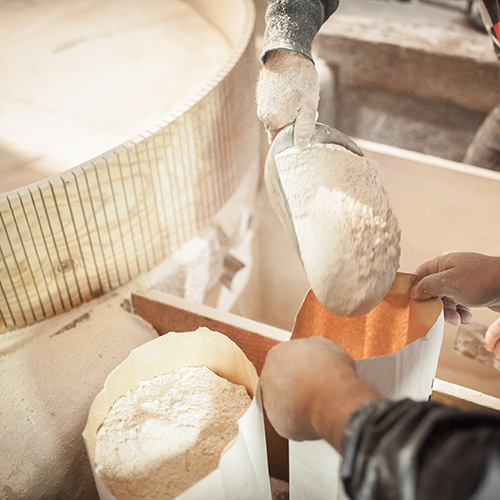 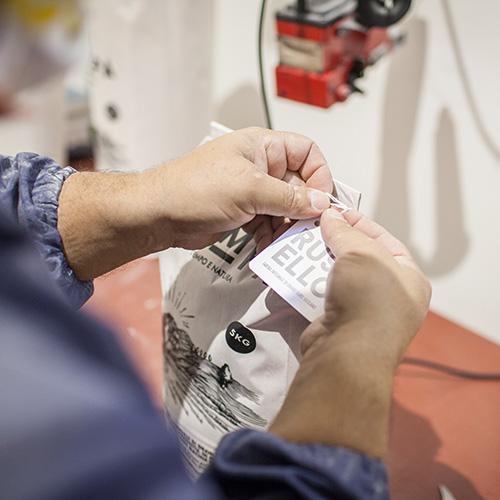 The Mill was called “ro mulinaro Giummarra” (Giumarra’s mill) as per a rediscovered inscription that had almost certainly been engraved by said miller on the stone lintel of the door to the room with the grindstone “Marius Giummarra Mugnajus“ (Mario Giummarra Miller).

It is set in the context of the historic “Cave Tributarie dell’Irminio” (Irminio Tributary Caves) overlooking the S. Leonardo torrent along a path that goes up the S. Domenica valley, which connects it to another water mill that has now been completely abandoned, and then the Church of Carmine, forming the historic route that, through the harsh but fertile terraced gardens, connected the new post-earthquake city with Ragusa Ibla. 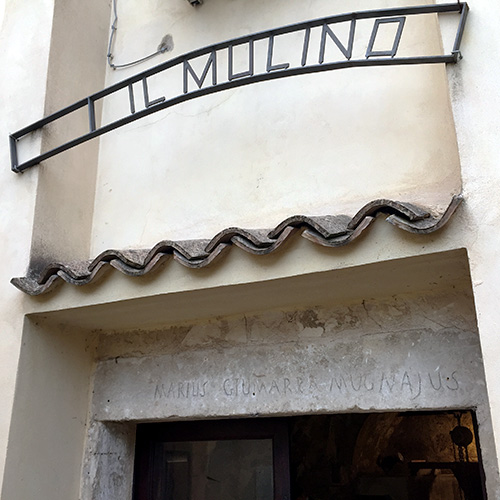 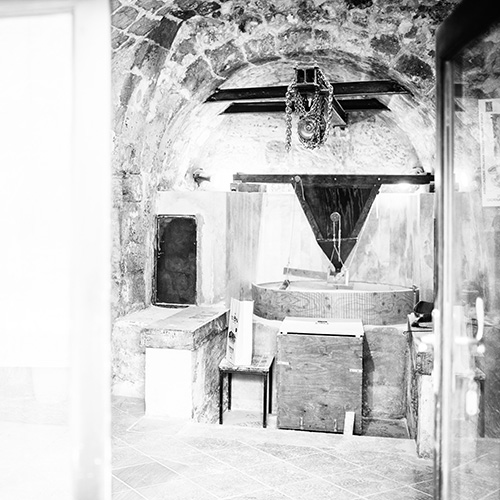 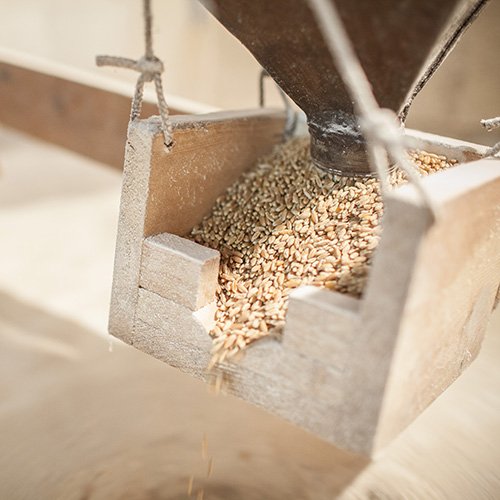