The term refers to a fermented sourdough and then capable to leaven other doughs , theoretically with no time limit.

In ancient times it was used to make bread once a week and that was enough for the whole family. It was used a rustic style table present in all the houses in the shape of an ark, initially made of stone, then of wood, called Madia.

This term comes from the Latin Magida which translated means kneading, compressing, then moisten and work the flour. The Madia was an authentic work surface but also a chest where it was kept bread for leavening but also bottles of wine, oil and the dough itself. This was nothing but a piece of dough and leavened bread and there retained for the use of the mixture of the following week.

The starter was covered with a clean rag preferably in linen in order to make it “breathe”, or to make contact with the oxygen necessary for leavening. The night before they melted the  “starter” with a bit of warm water and flour and put to rest, or it is cooled so as to have it ready to be to mixed with the flour until the next early morning. Even today, the chest and starter keep unaltered their primordial charm and wonderful memory linked to the smell of freshly baked bread.

You will need high quality whole grain flours crushed with stone in order to keep  intact the wheat germ which is the vital part of the grain that has a content of bacterial microflora that is 200/300 times higher than a white flour with industrial milling and therefore considerably it has more force, mineral water, honey and time.

Mix the mixture into a bowl without knead it too much, you just have to aerate the flour and the mixture is smooth and without lumps. Put the mixture into a glass jar with the lid only supported NOT closed and store it in the pantry (cool and dry place, even better if you have a cellar) and wait 24 hours.

The mixture will be more or less doubled. At this point you can start the restore with another 100 gr. of flour and 70 gr. of water that subsequently will join the mixture previously prepared. So you will have a mixture slightly more solid. Wait another 24 hours and repeat the operation. After 3 days the mixture will be already done to be prepared.

Consider the amount of the bread you want to prepare and redo the procedure from the third day onwards with the doubling technique of the mixture. Then store it in refrigerator and cool it with the yeast (in a 50/50 proportions THE EVENING BEFORE BAKING because the yeast cold has less force for fermentation).

Consider that for 1 kg of flour is used a quantity of about 100 gr of starter and you can cook 3 loaves of about 500 grams each. 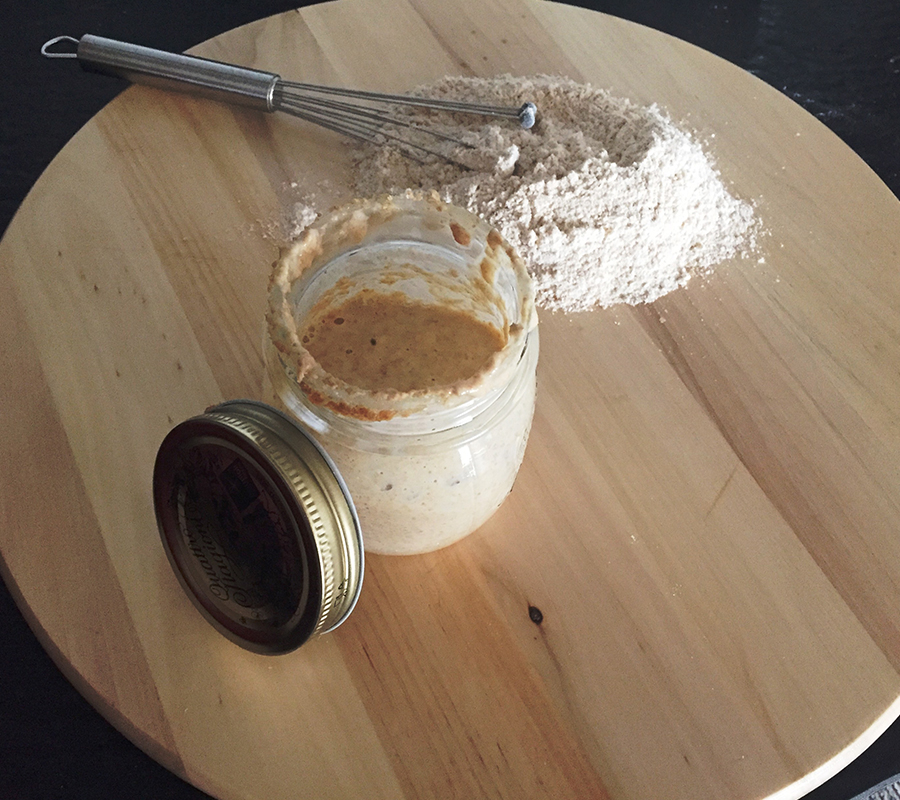 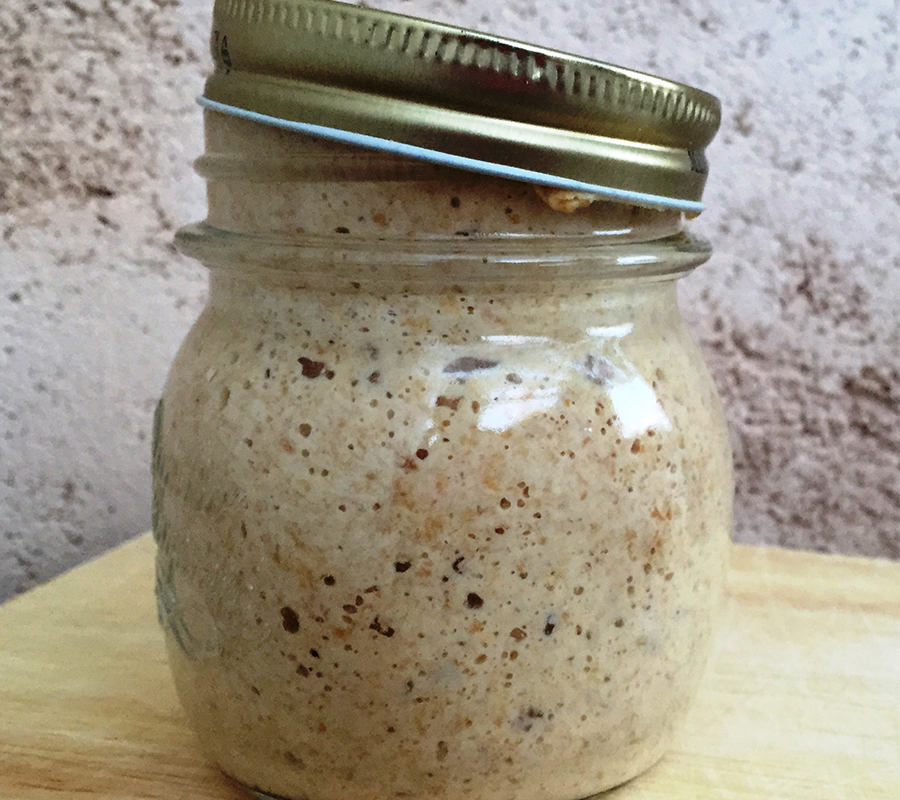